Baseline Study of a Catholic radio network in Haiti

CAMECO conducted a baseline study of the Haitian Catholic radio network, “Etoile” (“Star”), at the request of Adveniat, and with the support of the Episcopal Conference of Haiti.

The poorest country on the American continent, Haiti’s GDP grew by barely 1% in 2017. Six in ten Haitians live below the poverty line (set by the World Bank at $2.41 a day), and one in four below the extreme poverty line ($1.23 a day).

The study of the Etoile network aimed to draw up an inventory of the ten Catholic diocesan radios in Haiti in their competitive environment, and to lead to shared recommendations for their development, as radio stations, but also as a nationwide network of Catholic radio stations.

All are characterised, to varying degrees, by the precariousness of their technical (in particular power supply) and human resources, but also by the determination and enthusiasm of the teams that put the station on air.

Our study estimates the population in the broadcasting area of the Catholic radio network at 4.7 million potential listeners (two-fifths of the Haitian population). Radio Soleil, the capital's radio station, represents two-thirds of this basin.

Some stations still have mostly, or almost exclusively, evangelical content such as Radio Christ Roi, Radio Ephata or Radio Immaculée Conception. But many are also open to more societal issues to avoid a too narrow focus.

The financial resources differ a lot among the stations. Several stations have set up revenue sources in the form of advertising sponsorship, paid listening, or non-media investments. Human resource development is another vulnerable spot of the radio teams.

The study found that the efforts of the stations are still moving in dispersed directions, and prevent the creation of a strong network able to establish itself within a very competitive environment.

CAMECO presented the findings of the study in a joint meeting of donors currently supporting the network (Adveniat, ACN International, USCCB and the Archdiocese of Cologne). The aim is to facilitate complementary coordination of efforts, through mutual perception of support strategies already in place. 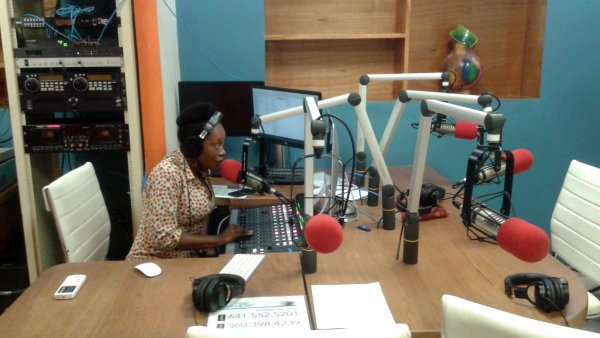