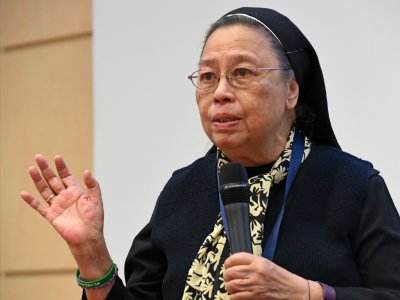 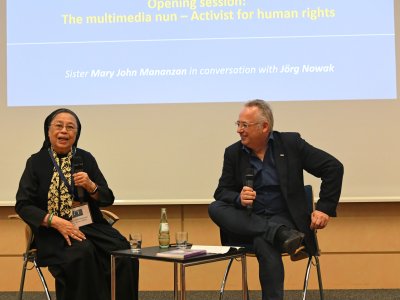 Catholic media work from and with the margins faces not only many challenges, but often a small audience. The 82-year-old Filipino nun, Sister Mary John Mananzan, demonstrates how she successfully ties together her missionary and media work. She talks about key messages and wording, how she addresses human rights issues in her social media activities, in the publishing of articles and books, and in her TV talk show “Nunsense makes sense”.

For many years, Sister Mary John Mananzan has also partnered with missio Aachen. In collaboration with Jörg Nowak, Press Officer of missio Aachen, a story about modern slavery in Qatar was realised, and she presented a project for fundraising in a popular German TV charity show. Her many activities give an idea why Sr. Mary John Mananzan, as someone who is communicating from and with the margins, was cited by Women Deliver as one of the hundred most inspiring people in the world.