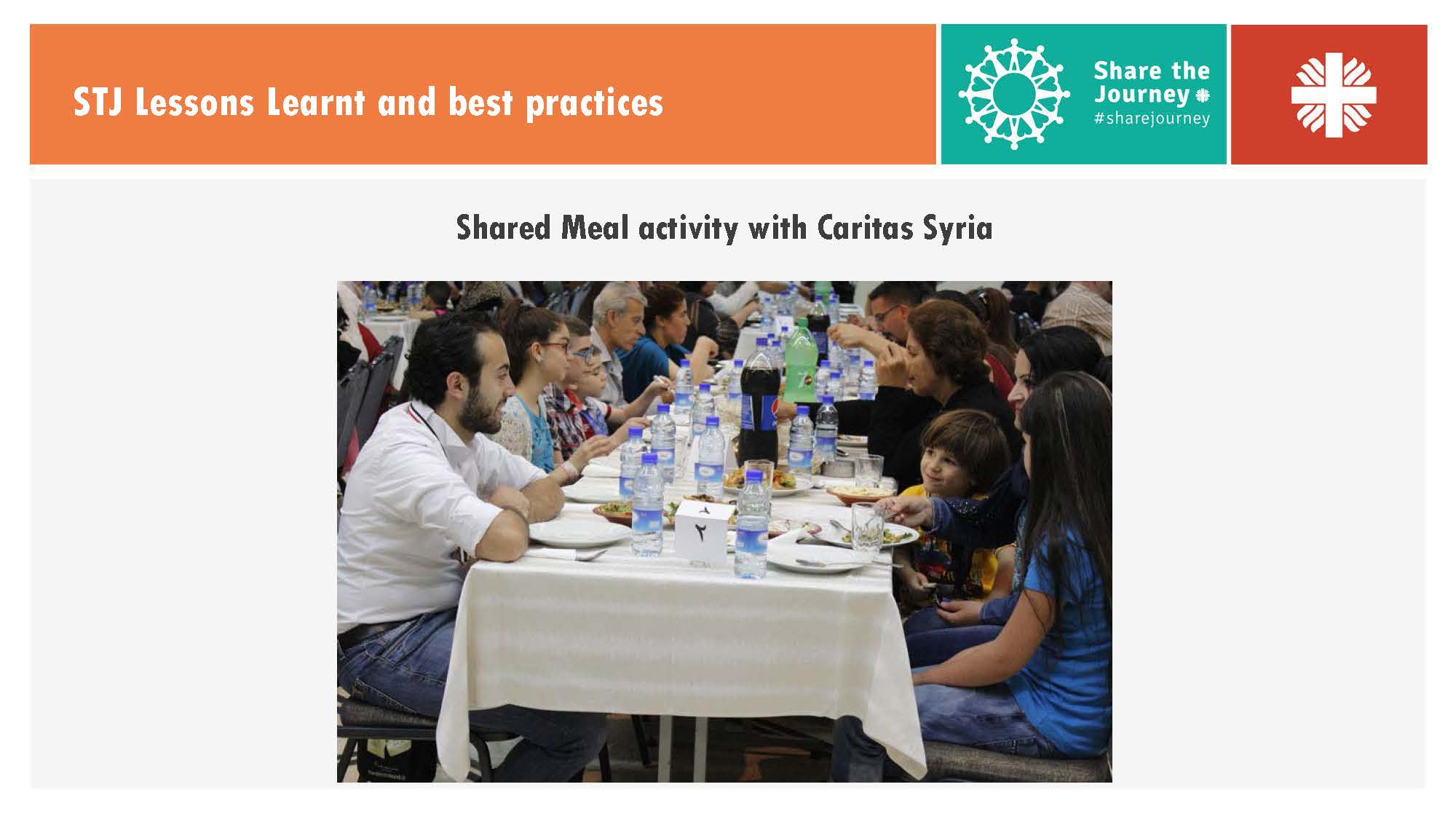 Share the Journey – Bringing Communities, Migrants and Refugees Together

Caritas Internationalis is a membership organisation consisting of 168 national agencies. Share the Journey is a public education campaign whose goal is to encourage its members to create spaces and opportunities for established communities, migrants and refugees to come together and have a positive interaction.

The campaign assumption rests on Pope Francis’ culture of encounter to reach out to the many people who are forced to flee their homes to seek a better, safer life elsewhere. Pope Francis has spoken of a ‘culture of encounter’ as a common goal within the broader Catholic community, encouraging people to look beyond themselves to the needs of others. It is also therefore a call for the Catholic community to go out instead of closing in on itself.

The interactive workshop aimed at brainstorming ideas around how a ‘culture of encounter’ as a methodology can spark social action and build more cohesive communities beyond our audiences’ circles by meeting people on the peripheries, the most poor and vulnerable, especially migrants and refugees.

The experience of the Share the Journey campaign is used as one possible example of community engagement in such a hotly debated area as migration, undeniably one of the most contentious and possibly divisive topics of our time.

What makes this experience relevant to others?

The Share the Journey campaign has mobilised about 70 national Caritas agencies in countries where migration is felt as a pressing issue in the political and socioeconomic domain. Unlike many migration-centred initiatives, Share the Journey addresses migration with a global angle, igniting action in places where migrants leave from, pass through or arrive and settle. It has achieved significant levels of grassroots engagement, particularly in myth-busting preconceptions, with limited funding and internal capacity. From a communications point of view, Caritas’ campaign has created opportunities for communities, migrants and refugees to share stories and experiences and to speak out together on a local, national and international level.