After 50 years of shortwave broadcasting, RVA becomes a pioneer in online social communication

It is almost five years since Radio Veritas, in their 2015 General Assembly, took the difficult decision to discontinue their shortwave broadcast to the Asian continent and transform to a new online service, after many international broadcasters had already dismantled their shortwave transmitter stations over previous years, in response to digitalisation. In June 2018, RVA finally switched off the shortwave broadcast and started fully operating as an online portal. After almost 50 years of shortwave broadcast, this transformation was a challenging, painful, but also liberating process. The huge directional change to operating online on very differently functioning communication platforms meant and still means that the RVA team, including its language services, as well as the assets of RVA, are having to undergo reshaping, reorganisation, transformation and also dismantling and disruption, in order to adapt to the new online environment, different workflows and new types of content. It was also important to create a new RVA, in which the radio tradition and identity still has its place and in which the chances to reach new target groups on the internet can be seized, as well as a bridge built that offers the best way possible for its traditional listeners to discover and accept the new digital offer of RVA.

Over the last five years, in several waves, RVA has trained and re-trained more than 120 online producers. In 2019, RVA Services produced approximately 800-900 videos per month and 2800 posts monthly on Facebook. The multimedia content is offered in 22 languages that together have more than 600,000 Facebook fans, and per year approximately 15.4 million video views on Facebook, 3.4 million YouTube views, 2.8 million downloads of its audio streams, 110 million total organic reach on Facebook (displays of RVA content), and 3.3 million user reactions to its Facebook posts per month. These numbers are difficult to compare relatively with the former outreach as a shortwave broadcaster, as we have neither sufficient data nor can they be compared in quality and the impact they have on listeners / users. It is, however, easier than ever before to measure impact through user data. For the first time, we have palpable and representative numbers from users that RVA is reaching in a relatively short time period after the transition. Notwithstanding the quality of this impact, the sheer dimensions of outreach are encouraging and might become an interesting example for Church communication initiatives that focus on online platforms for pastoral communication, and reach out to the faithful. 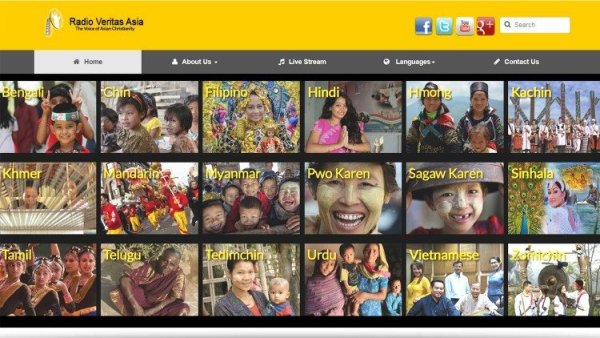